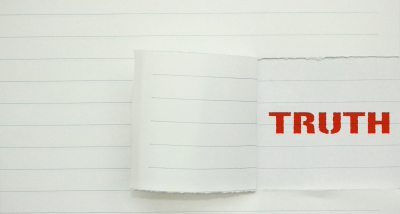 Sometimes your product falls behind the curve. Or you’re forced to release a version that makes some compromises. It happens. And it’s not the end of the world.

Recently I’ve seen two examples of companies that have done an exemplary job releasing a product without a feature they were working on or admitting their product may have fallen behind another product’s feature set.

Last week Sparrow released Sparrow Mail App for iOS which, by just about any review, is an EXCELLENT Gmail-centric mail application. The user interface is stellar and it introduces some new and interesting ways to review threaded messages. I’ve been using it for a few days now and I’m very pleased with how nicely it has supplanted Apple’s Mail app. It IS missing one feature, however. Push. Sparrow had been beta testing push notifications but in the end, they decided to pull the feature because, in their best estimation, they couldn’t guarantee the security of users’ credentials.

On our side: if Sparrow was to do Push today, we would have to store your credentials (login/password) on our servers to frequently poll your accounts, and send you notifications.

This is a responsibility we’re not ready to take. As a startup focused on iOS/OS X development, we do not have the skills to secure your data on our servers and we do not want to put sensitive information at risk. That’s why Sparrow iPhone 1.0 doesn’t do push.

It’s very refreshing to read a post like that. Sparrow made a special effort to explain why they decided NOT to include a feature they didn’t feel was ready for production. They didn’t spin a PR yarn about why push isn’t needed or why removing push is better for users. It wasn’t ready. Apple won’t let them use the API they need. Here’s what’s going on.

Another recent example was Marco Arment‘s mea culpa regarding fonts (type-faces) in his excellent Instapaper iOS application. Readability, another very good “read later” app, introduced a competitive advantage by letting the user choose from a couple excellent font choices. At first Marco didn’t consider this feature much of an advantage but he eventually recognized that yes, in fact users may benefit greatly from being able to choose an agreeable type face.

I could have interpreted this defensively and complacently: “Georgia and Verdana are great, versatile, highly screen-readable fonts! I don’t need to do what competitors do! Newer isn’t always better! My crusty old fonts have some technical advantage that you don’t care about!” And so on.

Yesterday Instapaper 4.1 was released with some exceptionally nice-looking type-faces. Marco worked  hard to quickly bring a feature he felt he had fallen down on to his customers and the results are outstanding.

The lesson here is, if your product has fallen behind a competitor a bit, or was released without a feature you know your customers may been looking forward to, be honest with them. Most of them are your customers because they like you and your product. They’ll appreciate the transparency and, more often than not, will gladly be willing to stand by while you add the feature or polish you think your product needs.

JP is a devops developer in Philadelphia, PA. He works at eMoney Advisor by day and attempts to cook by night.
View all posts by JP Toto →